If tomorrow has already arrived. Drones and nanotechnology 14 years later

On 6 January the Syrian terrorists decided to make a unique gift for the new year the Russian base in Hamim in the form of flying drones equipped with explosives. Cheap Chinese drones made of shit and sticks, managed to shove the barometric sensors and servo the Elevator control. Like terrorists, who do not have a particular knowledge in the technical field, were able to collect and, more importantly, to get such high-tech features such as satellite navigation and remote control? A question, mostly rhetorical, but oblique glances in the direction of the USA not forbidden.

Okay, as a people with a primitive knowledge managed with duct tape and wood to make controlled flying bomb, one question. Yes, our generals because of their conservatism and an overabundance of dry rations in the head, always preparing for the previous war, not heeding the simple truths from the mouth of Winston Churchill and not listening to common sense.

But, I will say, thought to give the instruction to shoot from miniature drones with anti-aircraft missile and gun complex “Carapace-s” with guns 30mm?! Not only that, the cost of one of the projectile exceeds the entire cost of the drone and weight, they must weigh as much as a single drone. Then straight in the head immediately POPs song:

We are preparing the cannon.

To take her at gunpoint.

In General, the winter, as always, came unexpectedly. Here you want to insert a link to our article from 2004 (poke here “If war breaks out. Handbook of modern military science for golovastik chiefs”), and not without reproach to say: “We govorili!”. Although, who is to say? If 14 years ago, the generals have coped with jamming of the voice of reason with flooding intoxicating beverages in the throat, and this time, it is not surprising that all of them flying past his ears, past the throat, but, not a drop. Throw money at expensive new anti-tank and anti-aircraft development, while a flock of flying plastic and sticks, they say, defeated in the time the bomber su-24, su-35S, installation of s-400 and ammunition sdetonirovala in the manner of new year’s fireworks from a mortar shell projectile. 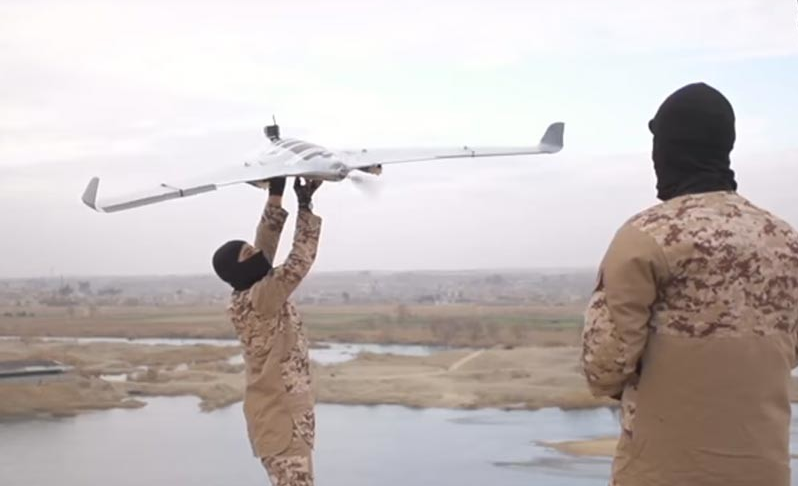 When the generals realize that it’s a new age, the age of nanotechnology? And he now is for the army everyday life: innovations do not care that the army and remained with their ideas about the war in the Soviet past! Learn to burn out the brains of the drones – the answer will arrive wood and plastic-based mechanics. And that, again, from “Armor” to shoot? If the drone somehow, you notice, but the little toy helicopter with chemicals in it already more difficult to see. Who knows what other shit the terrorists are smart enough to make lethal weapons? And in what point it to the right? And the Russian army continues to fork out money in expensive guns to fight the sparrows.

But artisanal drones Syrian terrorists is just the beginning. From the advanced countries, there must be something more modern.